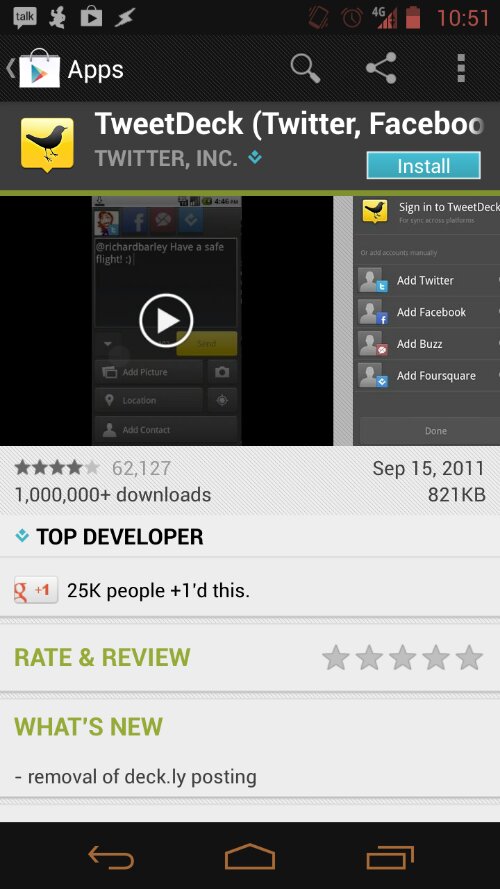 Twitter dug itself into a deeper hole with its power users last night when it axed the non-web versions of Tweetdeck. It is somehow both totally uncalled for and long overdue. Twitter purchased Tweetdeck in mid-2011, when it was easily the best mobile Twitter client and arguably the best Facebook client at the time as well. As the picture illustrates, Twitter updated Tweetdeck only once, to remove its native picture sharing service, and it has languished in the Google Play Store ever since. In that time, Twitter has moved to a newer, locked-down API and has a new official app on most platforms. However, Tweetdeck arguably still has a better interface, as well as far more features.

I cannot make sense of this. I don’t think I would be mad if they integrated Tweetdeck’s columns into the default app’s interface, because it would greatly improve tracking conversations. Twitter has list functionality, but on mobile they are buried so far down they are practically useless. And why did Twitter sit on this app for a year and a half if they were just going to shut it down? They could have updated it, or just removed Facebook from it if that was the issue. Pushing an inferior version of your own product just to get people to look at ads is not the way to win the tech crowd.

Anyway, they already pushed me over to app.net, where I am hoping that someone will resurrect the Tweetdeck client in spirit.