#Indiana has not been doing great in the media lately. First Pawnee had to merge with Eagleton1, then the Mole Women emerged from Reverend Richard Wayne Gary Wayne’s bunker.

In all seriousness, I would be glad to have those issues. They are preferable to the reality of transitioning from an HIV outbreak to legalizing discrimination by religious organizations.

There is no getting around it – this is about discrimination. No matter how many times you tell us it is not, you also won’t just say you are against the discrimination of LGBT people. Pretty sure Stephanopolous is not known for hard-hitting journalism, Mike. He was putting a softball on a tee for you, and you struck out.

Can you think of another reason a business would need “free exercise of religion”? Or that it would need to use that new-found religion as a defense in civil litigation? You have had several months to think of some examples. I’ve tried for a few days, and I am coming up empty. Maybe if it actually was the same as the federal RFRA, which has been falsely claimed by several conservative news outlets, this would be easier.

I have been an Indiana resident since I was in elementary school. It makes me glad that this kind of skulduggery2 is coming to light, because there is always the small hope that the attention will help the problem. Now the CEO of the richest company in America, Parks and Rec’s own Nick Offerman (and Jeff Tweedy), and your predecessor are all throwing you under the bus. I know if there is one thing you guys like more than religion, it is capitalism.

But if the past is any indicator, things probably won’t change. I’m not sure if it is the cause or the effect, but smart, (even mildly) progressive people have been leaving the state for decades. Little, trying-to-be-subtle moves like this are the reason. This policy is only driving more people out of the economic ghost town that is (northern) Indiana.

Please don’t make us form a religion3 and sue you, which we are now allowed to do under your law, which does not define what a religion is.

Good luck with reelection,
Your constituency 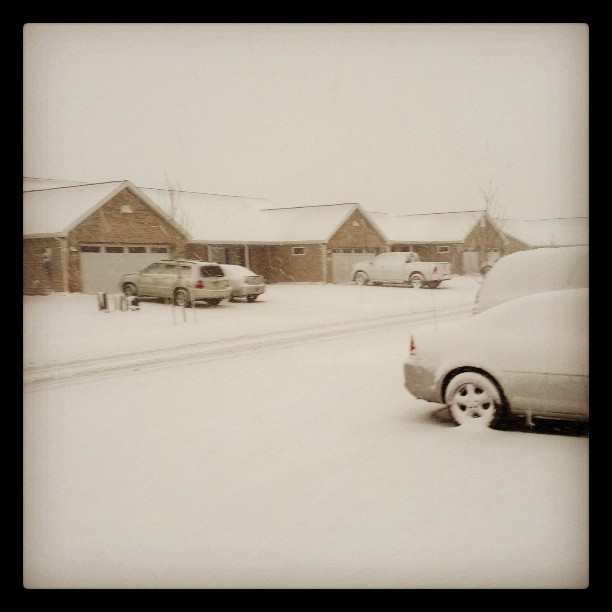 I am getting sick of driving. I have to commute for an hour at the beginning and end of each work day. That means, if you don’t live on the eastern seaboard or in a major metropolis, a lot of time behind the wheel. I realize there are ways to avoid this. Carpooling is always an option, or I could move or switch jobs. But, because I am lazy and introverted, I tried to imagine other ways to get to work, like public transportation. Northern Indiana is not quite a bastion of public anything, which makes this strictly imaginary. But why is this still imaginary?

Countries in Europe and Asia benefit greatly from high speed rail. According to the NYT (via Gawker), “in many countries with good public transportation, driving is a pleasure rather than a necessity.” The cynic in me thinks it hasn’t caught on here because of our automotive industry (which there is plenty of in north central Indiana). How can they sell cars if there are other viable transport options? Competition should force these car companies to produce better cars, in theory. Of course, it also means change, which is scary.

I was a little bewildered to find out that the idea had been proposed and soundly rejected. This rejection was probably for all the wrong reasons, but I don’t want to try to sort out the politics of it. California has recently decided to fund its own high speed rail, after several rejections of its own. So it is catching on somewhere, but it is not catching on fast enough, for all the wrong reasons (as mentioned above).

Monopolies, from the automobile in America (it’s a stretch, but not much) down to local cable companies, have a horrible effect on innovation. From a consumer standpoint, they are like an economic cancer to the development of new ideas. However, from a business standpoint (which is pretty much its own religion in this country), profit is your endgame. Building a monopoly should bring on a zen-like state of enlightenment. It is a place where the goals of capitalism fall out of sync with those of the common person, and having the free market try to overthrow a monopoly is a task of Herculean proportions.

The inspiration for this line of thought was this Verge piece about wireless carriers. I didn’t want to write another post about phones, but it makes a fantastic point. Apple completely reinvented the concept of a phone, and it still was not enough to disrupt the amount of sway US carriers have over device manufacturers.  This would be like, instead of purchasing an SUV to drive on steep mountain roads, the road saying it only accepts Jeep™ vehicles.

In the meantime, I will keep paying exorbitant prices for fuel, and keep passing the SUVs with a single passenger on my 2-lane-highway commute, and think about moving to California.